For nearly three decades Bert and Ernie have proven durable epitomes of friends who appear different, but at their core value one another in manners that transcend their disparities. This meaningful relationship located on Sesame Street is broadcasted into the minds of young children in an effort to portray a message of differences cowering to authentic camaraderie. Unfortunately, as children grow they interact with a social world that is unlike the depiction on Sesame Street and may be prone to feeling lonely. So, what happens when Bert has lost meaningful connection with Ernie? How does Bert find Ernie again?

Humans are innately social. We crave interpersonal stimulation in the form of leadership, partnership, romance, good humor, and a soft hand at the end of a long day. Across all ages feelings of perceived social isolation are prevalent – a finding contrary to the common belief that loneliness is U-shaped with respect to age distribution (Luhmann & Hawkley, 2016). To begin, loneliness is not the same as being alone. Loneliness is a subjectively perceived experience achieved by an uncomfortable discrepancy between desired and actual social relationships (Peplau & Perlman, 1982). Furthermore, loneliness is perceived as a lack of control over the quantity and quality of social activity (Newall et al., 2009; Schulz, 1976). Herein is where the breath of hopelessness is given inhalation during bouts of loneliness when we feel others may never reach out, find us desirable, understand our point of view, or care deeply enough to invest in our lives. Being alone, however, is distinguished by a preference for solitude and objective social isolation (e.g., living alone) that does not result in distress or discomfort. In this post, we will discuss the concept of loneliness, how it may originate, it’s presentation across age ranges, it’s relation to psychological distress, as well as manners to break through towards a socially satisfying life.

Research from the Journal of Personality and Social Psychology revealed that loneliness appears to be a “contagion” experience resulting from feelings that spread outward from our social contacts (Cacioppo et al., 2009). In other words, our social networks play a large role in determining whether we feel subjective seclusion or isolation. For example, it is common for humans to separate or appear as if they are involved within groups or pairs. This survival instinct that results in friend groups, partnerships, club members, etc., renders a possibility for non-members to feel left out. This can be seen in school friend groups, workplace occupational teams, and the experience of “third wheeling”. In each of these scenarios there is a second or third party that (perhaps unknowingly) imposes exclusion, which prompts a sensitivity for loneliness in the initial party. This chain reaction ultimately can reduce the ties these individuals have with others in their social network, thus increasing feelings of loneliness and decreasing the quality of social interactions – a consideration that largely impacts loneliness, as opposed to the mere presence of another person (Queen et al., 2014).

We can all recall phases of our lives wherein we felt most connected or “plugged in” to our community and the larger networks that constellate our interpersonal lives. It can be tempting to remember young adulthood as a time wherein we were most satisfied with our social activity. However, researchers have found that loneliness levels are elevated in young adulthood. Further, loneliness levels “were highest among the oldest old (>80 years old)” and characterized by “two peaks (around 30 years and 60 years) and two dips (around 40 years and around 75 years)” (Luhmann & Hawkley, 2016). When considering the phases of life depicted among these age ranges it is anticipated to see peaks during phases of life when marriage dominates the decade (around 30) and phases when children move away from home and start their own families (around 60). Further, it is unsurprising to see dips in phases wherein parenting is most needed (around 40) and wherein grandparenting is relatively active (around 75). Herein, it is valuable to note that having more close family members and friends throughout the varying life phases and transitions is associated with less loneliness (Hawkley et al., 2019).

Conceptually, loneliness arises from the need of belonging in a person going unmet; therefore signaling a need to form a meaningful connection with others for survival. Herein, loneliness is depicted as a deterrent to survival and overall life satisfaction, thus impeding on our mental health. Loneliness has shown to be a common factor among anxiety, depressive, and even psychotic disorders. Moreover, it appears that sustained loneliness or increases in the subjective feelings of loneliness is a risk factor for depression, social anxiety, and paranoia. Interestingly, depression is experienced as a subsequent reaction to loneliness (Cacioppo et al., 2010) while paranoia is a precursor to loneliness (Lim et al, 2016). It was also found that social anxiety is directly related to loneliness, a finding that may be expected as “those experiencing high levels of social anxiety are likely to avoid the social contact that can reduce loneliness” (Lim et al., 2016).

So, how do we combat loneliness? How does Bert find Ernie, and vice versa? The American Psychological Association states that loneliness is best combatted by a focus inward that addresses the negative thoughts underlying our loneliness (Novotney, 2019). This inward exploration of our loneliness has proven more effective than social skill training, enhancements in social support, or increased opportunities for social interaction (Masi et al., 2010). When challenging our negative thoughts about our self-worth and how others perceive us, we can become empowered and can restructure our cognitions. By engaging with our thoughts, feelings and perceptions we gain familiarity and comfort with them, thus allowing eventual mastery and healthy objectivity that allows for accurate appraisal of interpersonal events that deter distorted, harmful thinking. Paradoxically, this inward focus of ourselves and our loneliness may allow us to focus more on others, as we often all crave the same aspects out of life (e.g., connection, belongingness, love, intimacy, good humor, tenderness). Herein, one can gain insight about themselves in regards to what he/she craves, and in turn, can recognize this in his/her potential acquaintance in a manner that provokes meaningful interaction between two otherwise lonely individuals. So, how does Bert find Ernie? Bert must first find himself, and in that endeavor he will certainly locate Ernie.

If you struggle from loneliness and hope to see yourself through to a more socially satisfying life, please consider consulting with the clinicians at Town Center Psychology. You are not alone!

This author hasn't written their bio yet.
Adminthpsy has contributed 23 entries to our website, so far.View entries by Adminthpsy 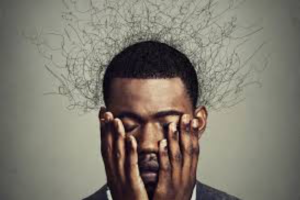 Some Considerations About Anxiety

The National Institute of Mental Health estimates approximately 19.1% of[...]

The Psychological Experience of the “Empty Nest”

The concept of the “empty nest” is more discussed today[...]

Your email is safe with us.

Dr. Helms provides psychotherapy to individuals from adolescents to adults in a compassionate, non-judgmental environment. She offers HIPAA compliant virtual sessions as well as in office appointments in Charlotte, NC.