To Thine Own Self…

Home UncategorizedTo Thine Own Self…

To Thine Own Self…

An unspoken concern facing many persons within and outside of psychotherapy is self-alienation. Self-alienation is the degree of certainty people have in who they truly are and how they truly feel, deep down (Vess et al., 2016). A haunting sense of emptiness, unfulfillment and “a void” in one’s life can arise from heighted self-alienation. This chasm between lived life and desired life speaks to the lack of authenticity in our lives, and can be most readily observed when someone asks us rather benign questions like “how do you feel about that” or “do you know what you want or need of life” or “what makes you happy?”

Self-alienation has long been studied in the tradition of psychoanalytic psychology. Donald Winnicott, a pioneering psychoanalyst in the 20th century, wrote extensively about this phenomenon. Winnicott, a trained pedeatrician, saw self-alienation as arising from the emergence of a “false self” at the expense suppressing a “true self’ early on in a persons youth. Winnicott stated a “good-enough” parenting environment would meet a young child by making sense and meaning out of the child’s complicated feelings, thoughts, conflicts, desires, needs, and fears. If this process is consistent in the context of a generally respondent, involved, and attentive caregiving system the “true self” will prevail and the child will develop language for their complicated states (Priel, 1999). On the other end, if the caregiving environment places routine demands of compliance on the child related to caregiver’s needs, wants and feelings, the child will develop a personality whereby they revolve around others, thus neglecting the discovery of their own separate, unique psychological states. In this scenario, reservoirs of spontaneity, creativity, and construction fade away, and the inhabitant of the “false self” harbors a sense of being alive, but not sincerely living. In 1950 Karen Horney, another prominent psychiatrist/psychoanalyst of the 20th century, defined it as such:

“the loss of a real [true] self does not clamor or scream. People go on living as if they were in contact with this alive center. Any other loss arouses far more concern. These patients present to treatment with complaints of headaches, sexual problems, work inhibitions – not ever complaining about having lost touch with the core of their psychic existence.”

Mindwandering has been closely associated with feelings of self-alienation (Vess et al., 2016; Vess et al., 2019). This phenomenon can be symbolic in occurring precisely when conscious attention directed towards the here-and-now becomes thwarted by a subconscious symptom (i.e., mindwandering) echoing the call of the false self. If you or a loved one sense a disconnect in your life and feel a keen sense of emptiness, please consider consulting with the clinicians at Town Center Psychology. You are not alone!

This author hasn't written their bio yet.
Adminthpsy has contributed 23 entries to our website, so far.View entries by Adminthpsy 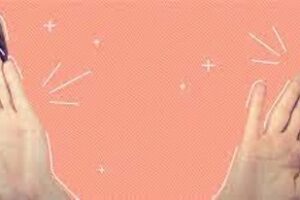 Listening to others is something we may pride ourselves in[...] 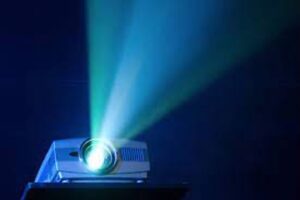 What do we mean when we say “projection?” 

The term projection is often used in social contexts during[...]

Figuring Out Our Emotions

Emotions are complicated. As we develop in life our emotional[...]

Your email is safe with us.

Dr. Helms provides psychotherapy to individuals from adolescents to adults in a compassionate, non-judgmental environment. She offers HIPAA compliant virtual sessions as well as in office appointments in Charlotte, NC.